Before using a medication solution for the behaviour, healthcare providers should be able to answer the following questions: 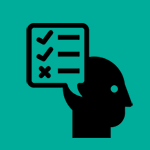 Use the acronym DO CARE PLAN to help you figure out the answer to Why:

How can we make life better for these individuals? Write a behavioural care plan that addresses the Who, What, When & Why that is unique to that person.

How Do I Analyze the Information on the Behaviour Tracking Form?

Mrs. Jones is 78 years old and recently lost her husband Bob. She has 3 children: Sue, Bob Junior, and Janet. Sue found Mrs. Jones alone in her apartment crying after she called the police because someone stole her purse. Sue later found the purse in Mrs. Jones’ closet. She was noticeably more confused than 2 weeks ago and, according to the neighbours, had not come to the building’s afternoon tea parties or choir practice for a week. She always enjoyed sleeping in but the neighbours told Sue that she wasn’t sleeping much now. They could hear her out in the hall at 4 a.m.

She was admitted to your unit 2 days ago with increased confusion and falls. Mrs. Jones is lying in bed under the blankets and wearing a Johnny shirt. The over bed light is off and her IV is infusing in her right arm. The room is quiet and she appears to be asleep. The window curtains are closed.

A nurse rushes into the room with towels, a basin of water, and a facecloth and places them on the over bed table beside Mrs. Jones’ bed.

“Time to get up, Mrs. Jones,” the nurse says quickly.

She turns on the over bed light and tells her, “Mrs. Jones, I’m going to bathe you now. Come on, wake up. Wake up.” Mrs. Jones sleepily opens her eyes and turns to look at the nurse. She says nothing.

The nurse repeats this louder to ensure Mrs. Jones hears her. She reaches for the bed sheets and tries to pull them down but Mrs. Jones holds onto them and says “No.”

The nurse says loudly, “Mrs. Jones, I need to give you a bath now. Let go of the sheets.” Mrs. Jones just stares at the nurse and says “No,” while tightly holding the sheets.

The nurse sighs and says, “You’re not going to fight me on this now are you? I’m going to get some help.”

She returns with a male nurse saying to him, “It’s the same thing every time!”

He pries Mrs. Jones’ hands off the sheets and then holds her wrists. Mrs. Jones struggles and says repeatedly “No, no!”

The first nurse proceeds to wash Mrs. Jones’ face. Meanwhile both nurses are talking about Mrs. Jones and how difficult she is to wash.

“Yes, we need to give her something to calm her down!” says the male nurse.

Frank is 82 years old, married, and from Lunenburg. Many years ago he was a supervisor at Zellers. He and his wife Edith have five children. He was diagnosed with vascular dementia six years ago and his most recent MMSE a year ago when he was seen by Geriatrics was 22/30. Edith is his primary caregiver. Frank fell and broke his hip five weeks ago and is still in the hospital. He tends to like to walk, especially late in the afternoon.

Frank walks in the doorway of another patient’s room wearing a Johnny shirt. He has no shoes on and his catheter bag is dragging on the floor.

The male patient lying in bed in the room starts to shout, “Get out of here you fool! Get out!”

The social worker walks by the room, hears the commotion and goes to find a nurse.

A nurse runs into the room and grabs Frank’s arm.

“Come on Frank. Come with me!” she says.

Frank raises his fist and pulls away from the nurse. The patient in bed keeps yelling, “Get him out of here! He always comes in here. You need to lock him up!”

The nurse says to Frank, “Come on Frank! I told you to stay out of here. Come on…come out of here”. Frank resists and tries to shake off the nurse’s grip on his arm. She lets go and calls for help at the door.

A second staff member appears at the door. They both grab Frank’s arms and lead him out of the room toward his own room. Frank protests by trying to pull away.

One staff says to another, “We need to give him some Ativan so he’ll stop wandering. I have to call the doctor about something else anyway so I’ll ask for that. We don’t have time to chase him all over the place.”

Dementia Care Tips to reflect on before writing a care plan

Mrs. Grant is 84 years old and widowed. She has 2 children who rarely visit. She came to the hospital 3 weeks ago after she fell at home and became more confused. She was found to have pneumonia. When her son Jim did come to visit, he told the nurses that his mother hates to be cold and has quite a bit of arthritis in her shoulders and hips. She used to enjoy listening to Frank Sinatra music.

After being off for 2 weeks on vacation, you come off the elevator and head towards your unit for an evening shift at 2:45 p.m.

It’s Mrs. Grant. She is sitting in a Geri-chair with a lap tray securely in place. She’s banging her fist on the table, shaking it and calling out. She is on 1 mg of Lorazepam b.i.d. for her behaviour

A nurse with her hands full of supplies stops by Mrs. Grant’s chair, bends over and gently tells her, “Mrs. Grant, just give me a minute. I’m busy right now. I’ll be back to help you ok?” and then she rushes away.

Within 10 seconds the unit Occupational Therapist comes down the hall. She stops and says, “Oh, Mrs. Grant, you’re having a bad day today aren’t you? What’s wrong?”

Mrs. Grant continues to say, “Help me… help me…” and does not seem to focus on the Occupational Therapist. The Therapist says she’ll get Mrs. Grant’s nurse and leaves.

There is a housekeeping staff cleaning the floor nearby who doesn’t seem to notice Mrs. Grant. Two more staff members walk by deep in conversation and don’t acknowledge Mrs. Grant as she continues to call out and shake her head.

Other residents and their family members walk by and say, “She does that all day and night. They need to give her something or move her to another floor.”

Medication Tips for Appropriate Use

A meta-analysis that examined efficacy of pharmacotherapy with AD patients found that only 20% of the patients responded favourably.

Evidence has also demonstrated that the behavioural approach (non-pharmacological) has a success rate of about 60%. This, in addition to the known side effects of psychotropic medications in older adults, is why the non-pharmacological approach is preferred to be trialed first.

The following article(s) are on reserve at the Health Sciences Library, Dickson Building. Contact asklibrary@nshealth.ca for details.

Powered by Springshare. All rights reserved.